MarkMail archives the Groovy mailing-lists and shows their success

Jason Hunter from MarkLogic (and JDOM fame) has crawled the Groovy mailing-lists archives with his gorgeous MarkMail interface.

Not all the archives have been indexed so far, as we're still missing some older archives from before April 2004, but there's already about 70K messages loaded. In the following screenshot, you can see the number of messages sent to the lists per month, across the course of time.

An interesting remark: you'll certainly have noticed the jump in the traffic around January 2007. It coincides with the release of Groovy 1.0, our first official final and stable release, after years of betas. Almost overnight (or "over-month" shall I say), the traffic on the lists doubled!

MarkMail makes clever use of JavaScript to make some nice horizontal scrolling animations to go from the list view, to the email view. 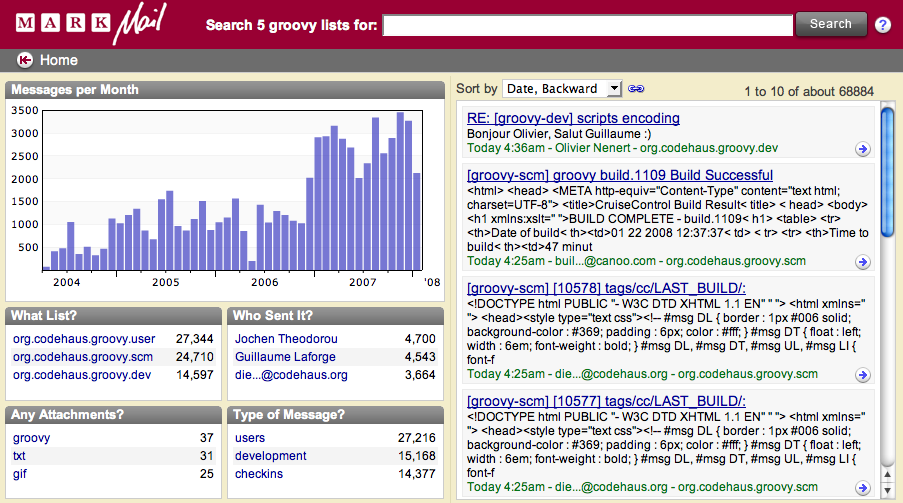 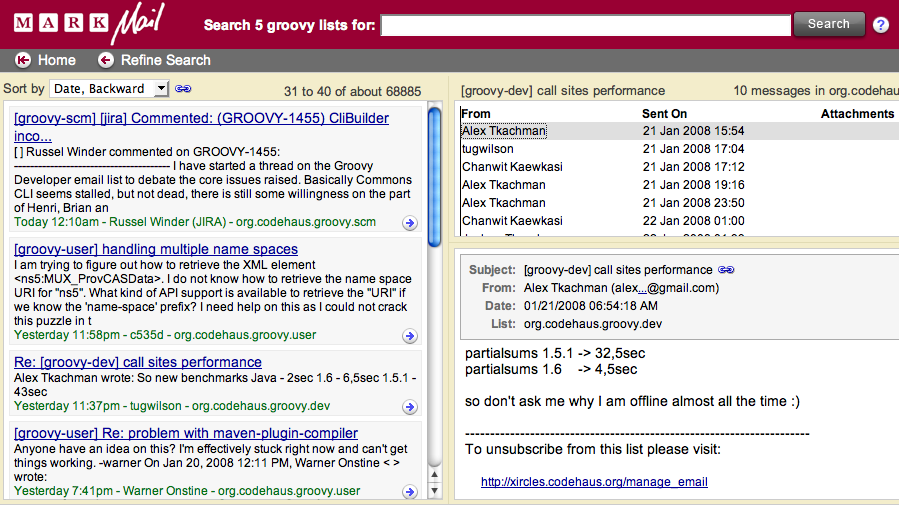 Although the mailing-list archives are also available on Gmane and Nabble, I also encourage you to try the new MarkMail interface!

In categories: Groovy
Categories
Resources
About