A new Java 8 runtime for Google App Engine standard is coming soon, and is currently in alpha testing. You can request to join the alpha program, if you want to try it out for yourself. But I wanted to let anyone play with it, easily, to see how well the Java 8 APIs work, but also to try some Java 8 syntax too. So here's a web console where you can do just that! 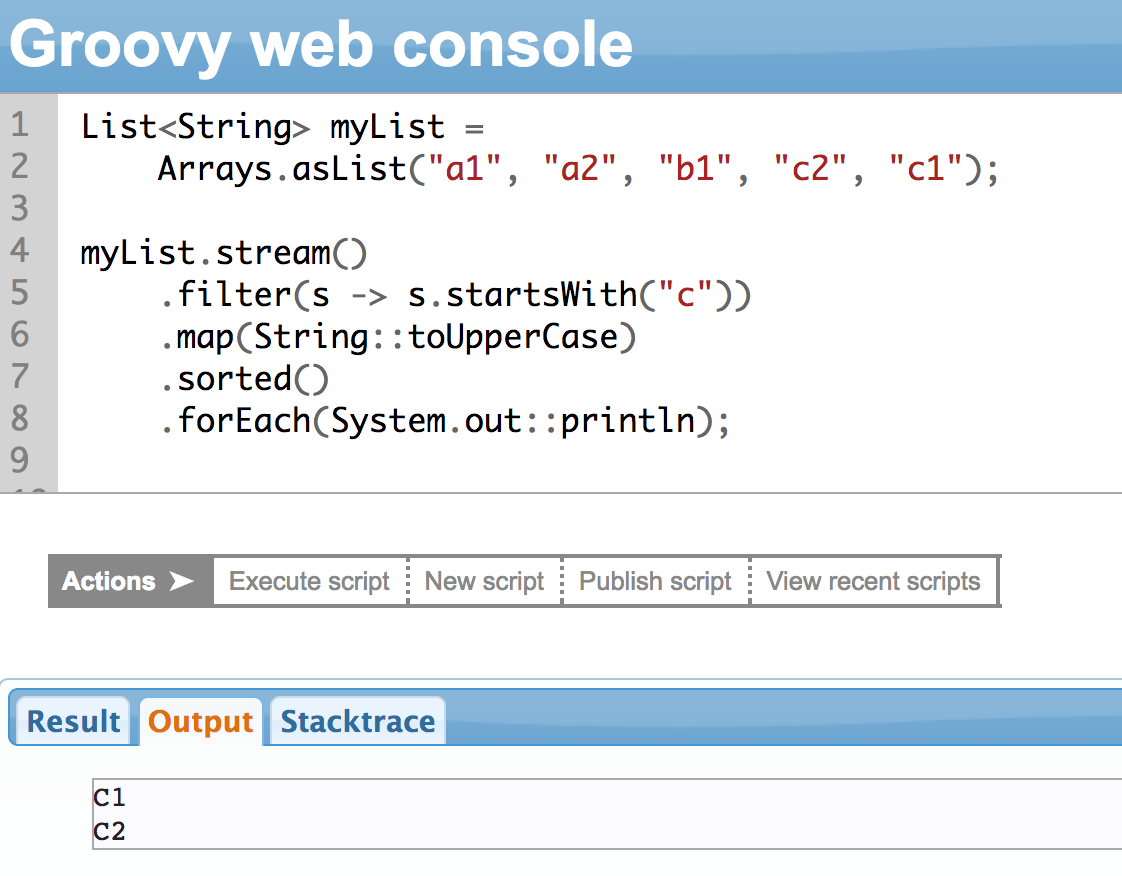 But to be precise, it's actually my good old Groovy Web Console, where people can write, execute and save Apache Groovy snippets. It is a special version, in fact, as it's built on Java 8, uses the invoke dynamic flavor, and... drum roll... it's using the upcoming "Parrot" parser which adds the Java 8 syntax constructs to the Groovy grammar. So not only can you try Java snippets, but it's a great opportunity to try the future Groovy parser that's gonna be released in Apache Groovy 2.5 or 3.0 (still to be decided).
A meetup about Java 8 on Google App Engine standard
Also, for those who live in Paris and the area, we have the chance of having Ludovic Champenois, an engineer working on App Engine, that will be in France, and will be speaking at this GDG Cloud meetup hosted by Xebia, which takes places on Tuesday, April 4th, just on the even of Devoxx France!
So if you want to learn more about Java 8 on App Engine, please sign up!
I will also be presenting about Google Home, the Google Assistant, API.AI, and Google Cloud Functions to host the logic of your very own bots and agents. It's based on the presentation I gave at Cloud Next 2017 in San Francisco. If you want to learn more about 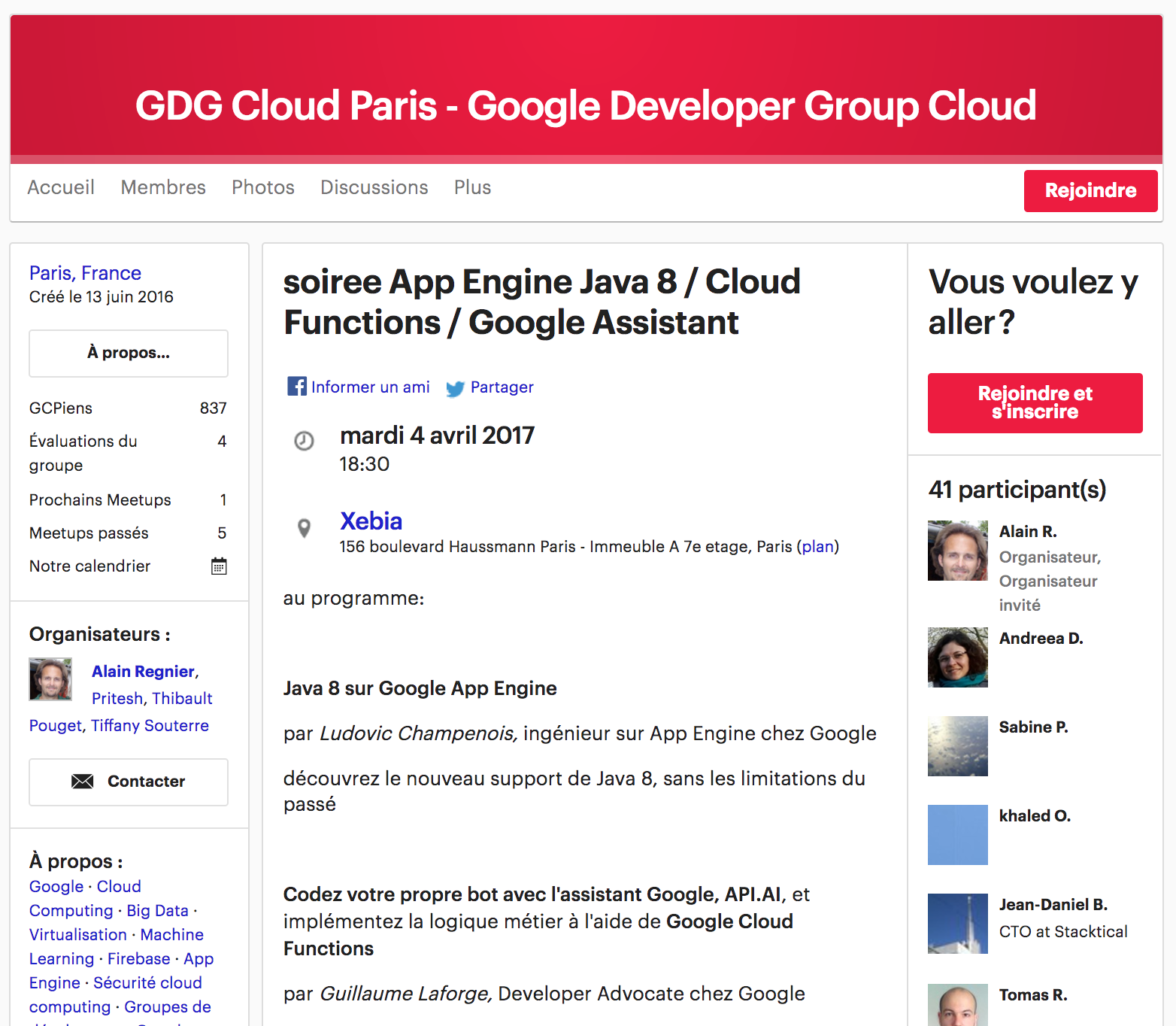