For the first time, Groovy enters the top 20 of the TIOBE programming language index, as you can see in the table below: 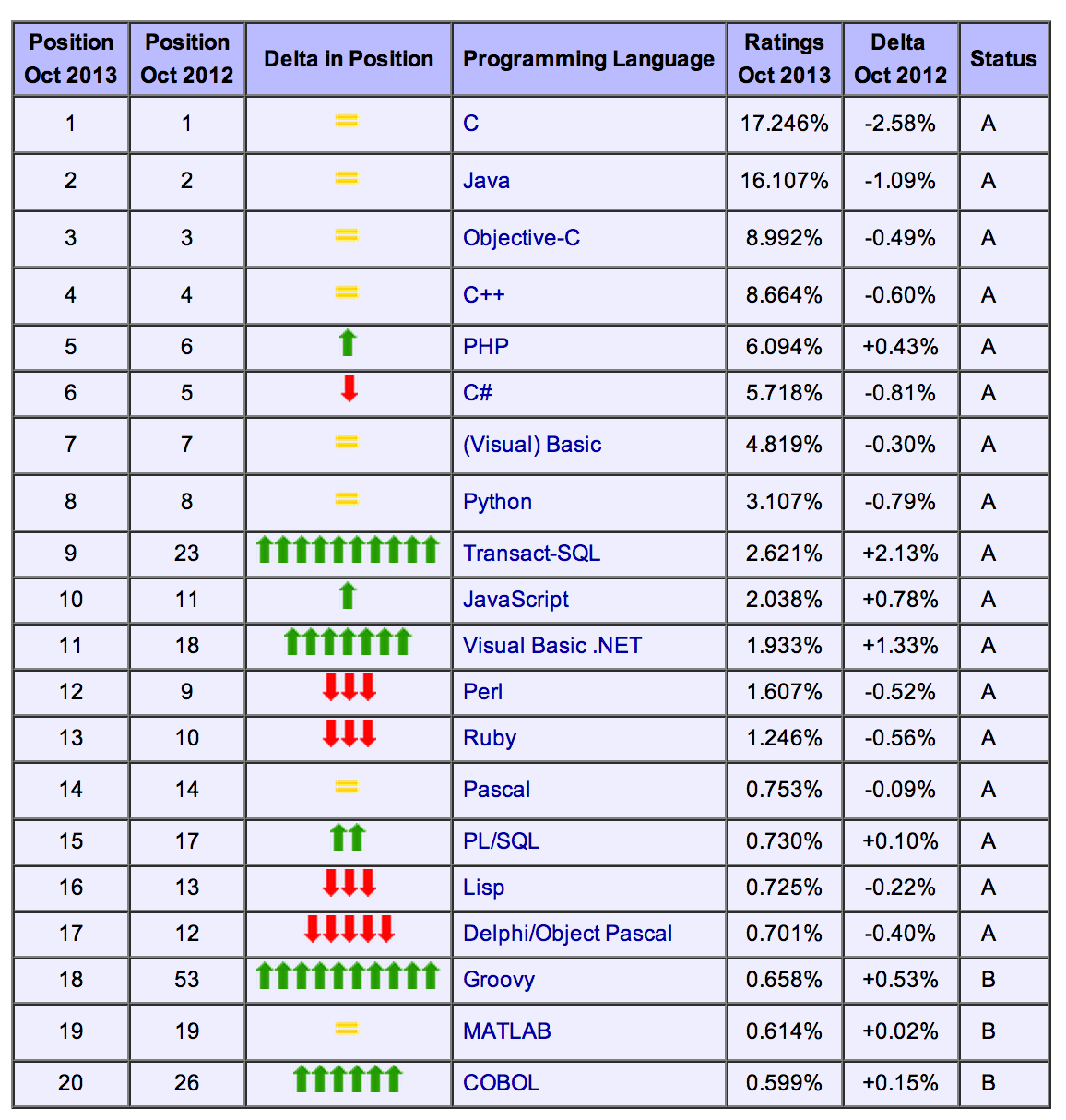 As the headline and first paragraph indicate:

Groovy enters the top 20 for the first time. Groovy is an object-oriented scripting language that runs on the Java Virtual Machine. It is fully compatible with Java, making it easy to combine Java programs with Groovy. There is quite some competition in this field of lightweight languages that fit together with Java. Groovy beats other well-known JVM languages such as Scala (#36), JavaFX Script (#41) and Clojure (#76). Let's see whether it can keep its top 20 position the next few months.

There was a lot of buzz last month around Groovy being an important theme of the Pivotal Spring.IO stack, while we were at the SpringOne2GX conference, that this buzz certainly helped increase Groovy's position in this index.
A few words of caution, however, as I don't think we can really read too much into those numbers, as the ranking algorithm is essentially just ranking the buzz or hype around a given language at a given point in time.
From a given month to another, Groovy moved between 20th something to 50th, then back in the 30th... So it's not really reliable or meaningful. It's not really able to compare real actual usage of a programming language, otherwise it wouldn't move so much from month to month. We'll see if we hold that position next month!
But with 1.7 million downloads of Groovy last year, Groovy is no small player in the field!
In categories: Groovy
Categories
Resources
About