Which JDK versions do you use?


On the Groovy project team, we were wondering about which base JDK to support.
So far, even the latest and greatest Groovy (version 2.1.4 just released today), we still support JDK 5 — despite being an End-of-Life'd product for a long while already.
At conferences, I often ask the question on which versions of the JDK attendees are using, locally and in production, and it seems that JDK 5 has almost totally vanished off the face of the planet, but despite JDK 7 being quite mature now, it's still JDK 6 that's more widely deployed.
To know more about the situation, my Groovy colleague Cédric crafted a little Google form to run a survey among our users, with three key questions:
You can view the detailed results (and you can actually still vote), but to sum it up, luckily, there's nobody still using Java 1.4, which is good news, and only a handful of people still stuck with JDK 5 (4% in production). Thus Java 6 and 7 are safe bets as a base for your projects, with roughly 57% of Java 6 and and 39% of Java 7 in production, this Java 6 still winning by almost 50% over 7! And in development, developers are more eager to using the latest JDK, with twice as much Java 7 than Java 6. 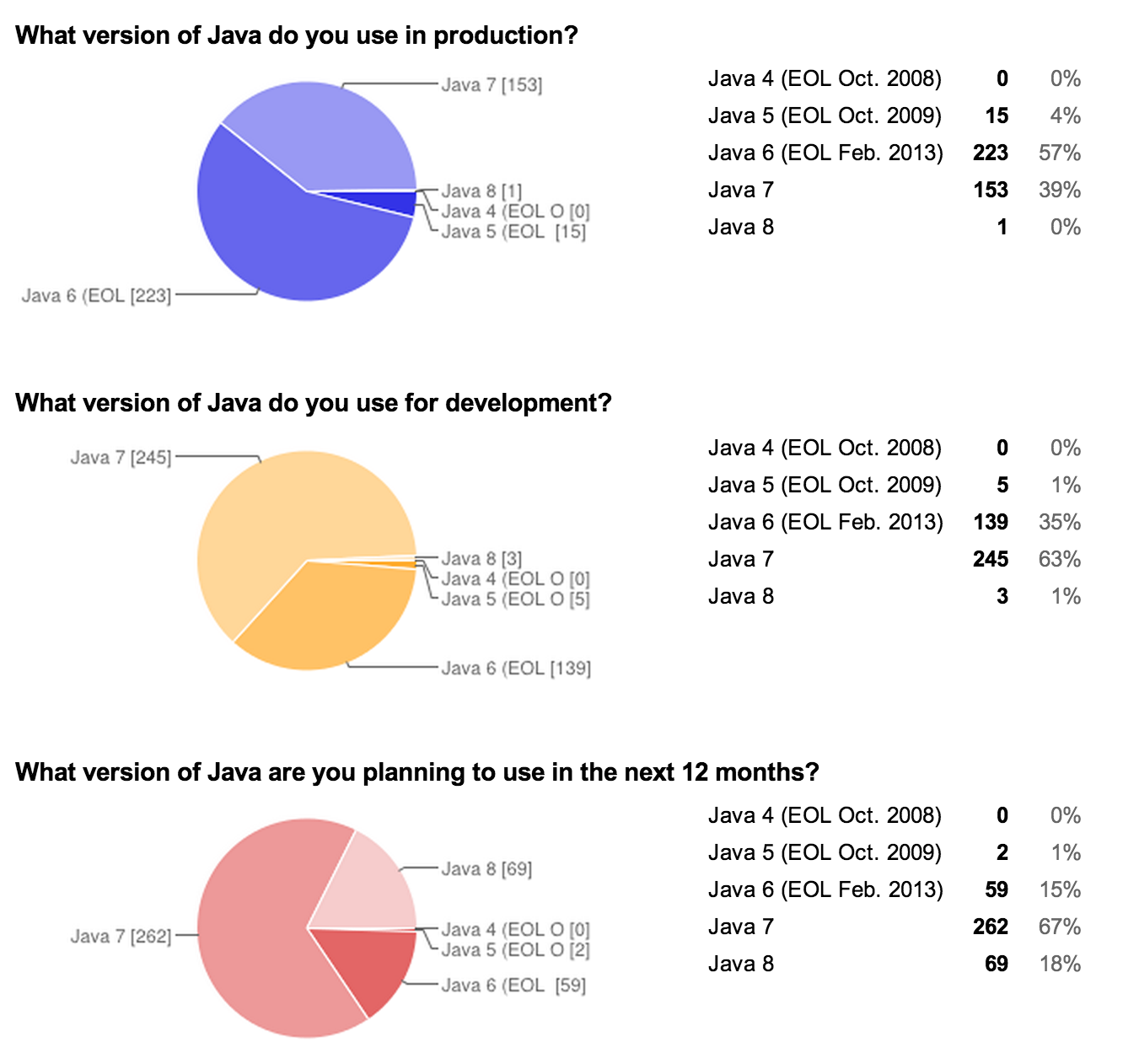 As for the Groovy project, we're thinking of mandating Java 7 (essentially because of "invoke dynamic") as the base Java version for Groovy 3, and as this release is slated for late Q1 next year, the adoption of Java 7 should have increased significantly in production — and anyway, we'll still support Groovy 2.X in parallel for "older" JDKs. But the question was more for the upcoming Groovy 2.2, which should be released in a couple of months or so, if we should go with Java 6 as the base requirement. We haven't yet made our decision, but considering 96% of respondents are using Java 6 or newer, that's not a risky bet to make that decision!
In categories: Geek Groovy
Categories
Resources
About